Artículos relacionados a The Book of Everything

Kuijer, Guus The Book of Everything

The Book of Everything 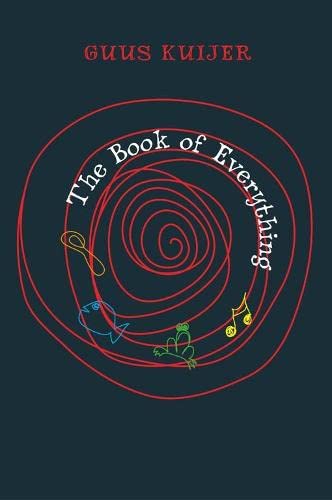 Thomas's strictly religious father rules the house with his fists and insists the family live according to the Bible. But Thomas has an escape route - he sees incredible things that no one else notices - like tropical fish swimming in the canal and frogs leaping through the letterbox. Now he's recording his observations in a notebook, The Book of Everything, where he also writes down his biggest ambition: to be happy. But will that ever be possible with Father around? Then Thomas meets Mrs Van Amersfoot, a woman full of rebellious spirit who recognises something similar in her new young friend. And in the fight against his father, Thomas's uniqueness - and the extraordinary power of his imagination - are the biggest weapons he has...

Guus Kuijer is one of Holland's most celebrated children's books authors. He debuted in the mid 1970s, and his five books about Madelief (Daisy) were an immediate success. He wrote Polleke (Polly) in 1999 and it won him both the Golden Pencil and the Dutch Critic's Prize. THE BOOK OF EVERYTHING is his first children's book to be published in the UK.

1. THE BOOK OF EVERYTHING