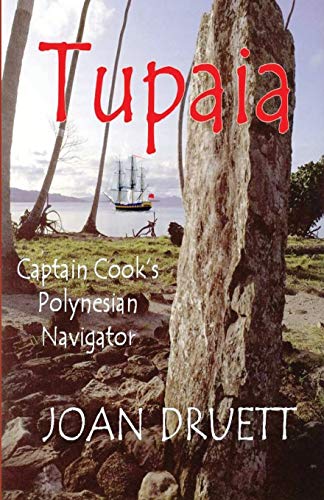 Descripción Joan Druett, United States, 2019. Paperback. Condición: New. Language: English. Brand new Book. Tupaia sailed with Captain Cook from Tahiti, piloted the Endeavour about the South Pacific, and was the ship's translator. Lauded by Europeans as an "extraordinary genius," Tupaia was a star navigator, a brilliant orator, and a most devious politician. Being highly skilled in astronomy, navigation and meteorology, and an expert in the geography of the Pacific, he was able to name directional stars and predict landfalls and weather throughout the voyage from Tahiti to Java.Though, like all Polynesians, he had no previous knowledge of writing or map-making, Tupaia drew a chart of the Pacific that encompassed every major group in Polynesia and extended more than 2500 miles from the Marquesas to Rotuma and Fiji.Tupaia also became one of the ship's most important artists, drawing lively pictures to illustrate what he described, and he could justly be called the Pacific's first anthropologist. Despite all these amazing accomplishments, however, Tupaia has never been part of the popular Captain Cook legend. In Tupaia, Captain Cook's Polynesian Navigator, Joan Druett restores this extraordinary genius to his rightful place in history.WINNER OF THE NEW ZEALAND POST GENERAL NON-FICTION AWARD. Nş de ref. del artículo: AAV9780995130906