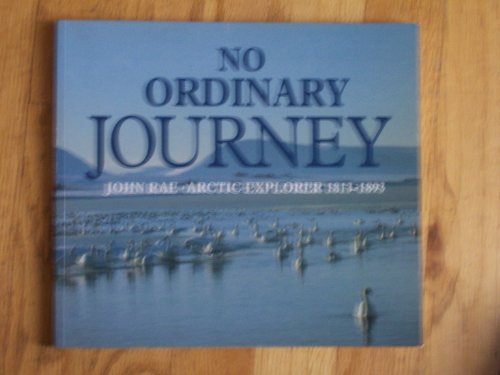 Dr John Rae, Orcadian, explorer, collector and ethnographer, began his Arctic explorations in the 1840s and was instrumental in uncovering the first clues as to the fate of the Franklin expedition, which went missing in 1847. He travelled over 13,000 miles of the Canadian Arctic, adopting the survival techniques of the Indians and Inuit. He undertook surveys and studies, and collected zoological, botanical and ethnographic material. Unusually for the time, he recognized and learned from the skills and understanding of peoples he encountered, which made him a controversial figure in Victorian eyes. This book makes use of Rae's unpublished journal, which provides detail and an insight into the realities of Arctic travel in the nineteenth century. Illustrations are drawn from a wide range of Scottish and Canadian sources.

Descripción National Museums of Scotland, 1993. Paperback. Condición: Very Good. First Edition. The book has been read, but is in excellent condition. Pages are intact and not marred by notes or highlighting. The spine remains undamaged. Nş de ref. del artículo: GOR001227192