Artículos relacionados a Rio Tigre And Beyond

Rio Tigre And Beyond 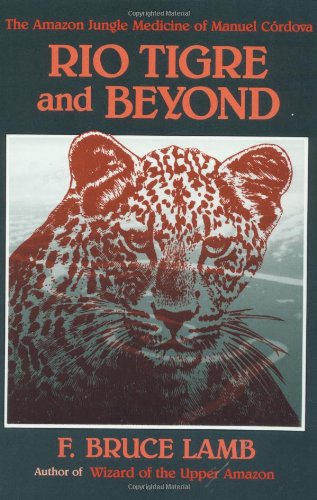 Fulfilling Manuel Córdova’s promise of another story, F. Bruce Lamb’s Rio Tigre and Beyond recounts an unparalleled Amazonian adventure, completing the life story of Manuel Córdova Rios who at the beginning of the 20th century was abducted by Native American tribals to be trained as their new shaman. Here he remembers the rest of his life, a series of missions and adventures guided by his pre-Columbian training but in the context of the upper Amazonian Peruvian river city of Iquitos, in a world intricately changed by its millennial contact with the imported Columbian civilization.

F. Bruce Lamb was born in Colorado in 1913 and holds B.S., M.S. and Ph.D. degrees from the University of Michigan. He has traveled widely, in North, South and Central America, as well as Africa and Asia, and has held many posts and consultancies in the field of forest engineering, specializing in tropical forestry. He has published two books and numerous articles in this field. Married and father of one daughter, he lives in Santa Fe, New Mexico, and is retired Technical Director, Forest Resources for Champion International Corporation.

1. Rio Tigre and Beyond: The Amazon Jungle Medicine of Manual Cordova-Rios

2. Rio Tigre and Beyond: The Amazon Jungle Medicine of Manual Cordova-Rios

3. Rio Tigre and Beyond: The Amazon Jungle Medicine of Manual Cordova-Rios