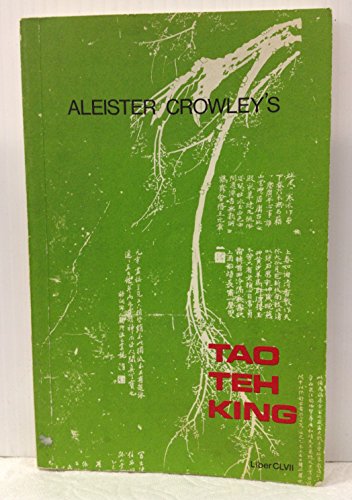 Descripciˇn Askin Press & Samuel Weiser, London, 1976. First Edition Thus. Softcover. Octavo. (vi) + 116 pp. Printed paper covers. Crowley's rendering of the greatest of the Taoist classics, with a new Introduction by Stephen Skinner. A wonderful ASSOCIATION COPY from the library of author Francis King with his bookplate on the inside front-cover, and INSCRIBED & SIGNED to King by the Stephen Skinner on the facing page. The inscription reads "Dear Francis / A book of the Tao [written as a Chinese character] / (A. C. style) / With best Wishes, / Stephen / In the year of the Dragon, / in the Season of Fire." Francis King (1934 1994) was a friend of Skinner's, and popular historian of the occult, whose books played an important part in the renewal of interest in Western Magical traditions in late twentieth century Britain and beyond. He and Stephen Skinner co-authored "Techniques of High Magic" (1975), and King was known as the author of various works including "Ritual Magic in England" and "The Flying Sorcerer" and for editing "Crowley on Christ" and "The Secret Rituals of the O.T.O." Typescripts of Crowley's version of the "Tao Teh King" had circulated amongst Crowley's students for many years, but the work remained unpublished until 1976 when two editions appeared almost simultaneously: this edition which was jointly published by Skinner's Askin Publishers of London & Samuel Weiser Publishing of NYC, and one by Helen Parsons Smith under her Thelema publications imprint (precedence of publication is not known). Most recently this copy of the Askin/Weiser edition is from the collection of Clive Harper with his discreet book-label neatly tipped in at the rear. Harper is well- known as the bibliographer of Austin Osman Spare, for updating the Aleister Crowley bibliography in the 2011 Teitan Press collection of Gerald Yorke's writings, and as someone who has lent his expertise to numerous other publications. Very light shelf rubbing, small discolored patch near base of spine on back wrapper, fore-edge a little thumbed, still a tight, clean VG+ copy with a significant provenance. N║ de ref. del artÝculo: 67721