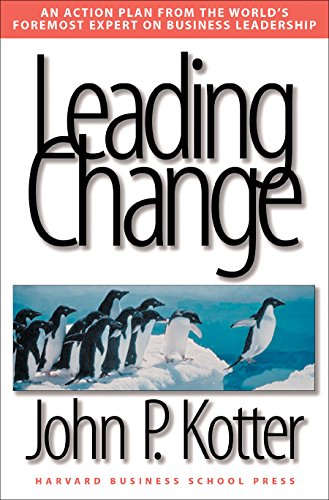 In Leading Change, John Kotter examines the efforts of more than 100 companies to remake themselves into better competitors. He identifies the most common mistakes leaders and managers make in attempting to create change and offers an eight-step process to overcome the obstacles and carry out the firm's agenda: establishing a greater sense of urgency, creating the guiding coalition, developing a vision and strategy, communicating the change vision, empowering others to act, creating short-term wins, consolidating gains and producing even more change, and institutionalizing new approaches in the future. This highly personal book reveals what John Kotter has seen, heard, experienced, and concluded in 25 years of working with companies to create lasting transformation.