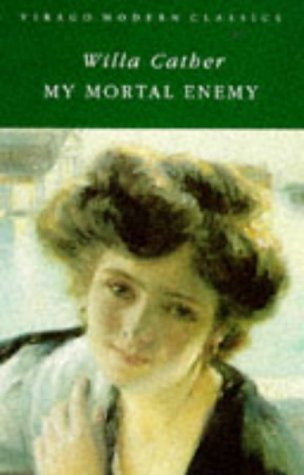 People can be lovers and enemies at the same time. We were ' Through the eyes of a young girl, Nellie, we view the life of Myra, a legend in the Southern town where both were born. Myra has romantically abandoned the luxury she was born into to elope with the impoverished Oswald Henshawe. Twenty-five years later, Nellie is dazzled when she meets them living in the elegant poverty of an apartment frequented by singers, actors, poets - in the heart of the artistic community of old New York. But this shabby gentility gives way to real poverty in a jerrybuilt West Coast hotel, and the high purpose of Myra's life - love itself - is revealed to be the enemy within. A finely-wrought study of the great rewards and punishments love brings, MY MORTAL ENEMY is an exquisite example of Willa Cather's art.

Willa Cather (1875-1947) was born in Virginia, which she captures in this memorable novel. The pioneer life of the Old West deeply coloured her later life and work. She died in New York.