Artículos relacionados a Psychoanalysis Of Children 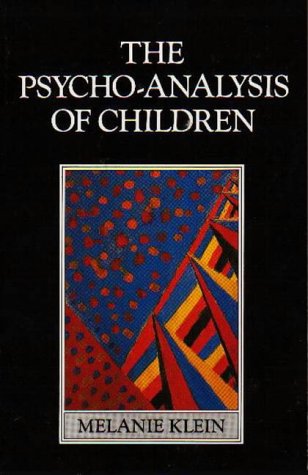 This book demonstrates Melanie Klein's work in devising the techniques of child analysis. Not only did she make the treatment of young children possible, she also threw new light on psychological development in childhood and on the roots of adult neuroses and psychoses. Here she describes both the theory and practice of her method. Melanie Klein (1882-1960) was born in Vienna. She lived and worked in Budapest and Berlin before moving to London in 1926, where she practised as an analyst until her death. "Envy and Gratitude", "Love", "Guilt and Reparation" are her two earlier volumes of writing.

1. The Psycho-analysis of Children [ psychoanalysis ]

Descripción Virago Press Ltd, 1989. Paperback. Condición: Used; Good. **SHIPPED FROM UK** We believe you will be completely satisfied with our quick and reliable service. All orders are dispatched as swiftly as possible! Buy with confidence!. Nş de ref. del artículo: mon0000223673

2. The Psycho-analysis of Children [ psychoanalysis ]

Descripción Virago Press Ltd, 1989. Paperback. Condición: Used; Good. **Simply Brit** Shipped with Premium postal service within 24 hours from the UK with impressive delivery time. We have dispatched from our book depository; items of good condition to over ten million satisfied customers worldwide. We are committed to providing you with reliable and efficient service at all times. Nş de ref. del artículo: mon0001680528

3. The Psycho-analysis of Children [ psychoanalysis ]

Descripción Virago, 1989. Paperback. Condición: Good. Good condition is defined as: a copy that has been read but remains in clean condition. All of the pages are intact and the cover is intact and the spine may show signs of wear. The book may have minor markings which are not specifically mentioned. Most items will be dispatched the same or the next working day. Nş de ref. del artículo: wbb0013601017

Descripción Virago Press Ltd, 1975. Paperback. Condición: Very Good. 326 pp. Cover worn on edges with damage where a label has been removed. Browning to page edges. Underlining to about half the book. Nş de ref. del artículo: 46754

Descripción Random House, Inc. 1989-01-12, 1989. Paperback. Condición: Good. Item is in good condition. Some moderate creases and wear. This item may not come with CDs or additional parts including access codes for textbooks. Might be an ex-library copy and contain writing/highlighting. Nş de ref. del artículo: DS-0860682382-3

6. The Psycho-analysis of Children [ psychoanalysis ]

Descripción Virago Press, 1989. Condición: Good. A+ Customer service! Satisfaction Guaranteed! Book is in Used-Good condition. Pages and cover are clean and intact. Used items may not include supplementary materials such as CDs or access codes. May show signs of minor shelf wear and contain limited notes and highlighting. Nş de ref. del artículo: 0860682382-2-4