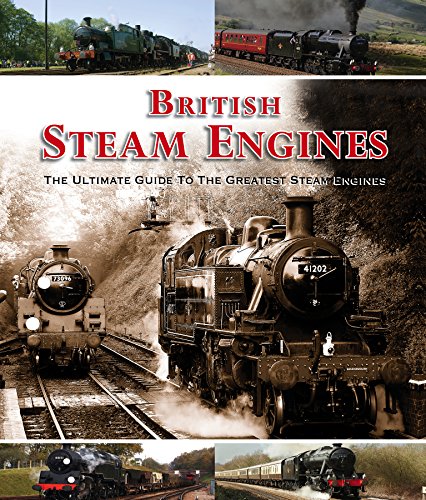 British Steam Engines is a stunningly illustrated, comprehensive guide to the history of the steam railway in Britain. The book tracks the development of the steam locomotive, from its earliest days in the 1800s through to the great trains of the mid 20th century. We see how the success and rapid growth of this new form of power provided a vital form of transport across Britain and had a major impact on people's lives. The authors enthusiastically describe the development of the different lines and companies, service during the two World Wars, nationalization, privatization and ultimately, the preservation of many of our much-loved locomotives. Packed with historical photographs and in-depth information, this book is a must-have for any steam enthusiast.