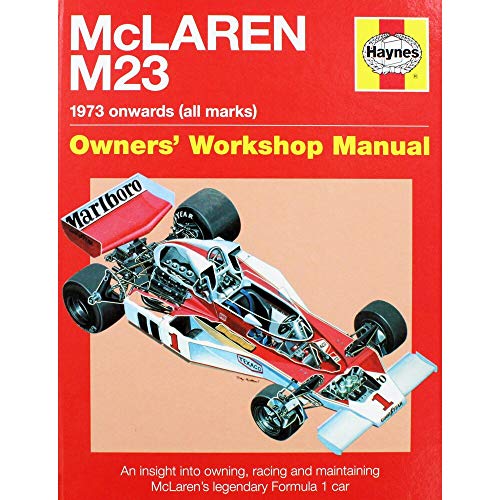 The McLaren M23 first appeared in 1973, and became McLaren's first World Championship winner when Emerson Fittipaldi took the title in 1974. As depicted in the new feature film Rush, James Hunt gloriously repeated the feat in 1976 after a mighty season-long battle with Niki Lauda. Here, in this new Haynes Manual, is unique perspective on what it takes to restore, maintain and race a McLaren M23, as well as an insight into the design, engineering and development of this landmark Formula 1 car.

Ian Wagstaff is a freelance journalist specialising in motorsport and the automotive components industry. He writes for numerous magazines in both Europe and the USA, including Racecar Engineering, Race Engine Technology and Motor Sport. In 2006 he was awarded the Mercedes-Benz Montagu of Beaulieu Trophy for his book The British at Le Mans. The author of Haynes's Lotus 72 Manual, he lives in Oxfordshire.