Artículos relacionados a History of the Navigator's Sextant

History of the Navigator's Sextant 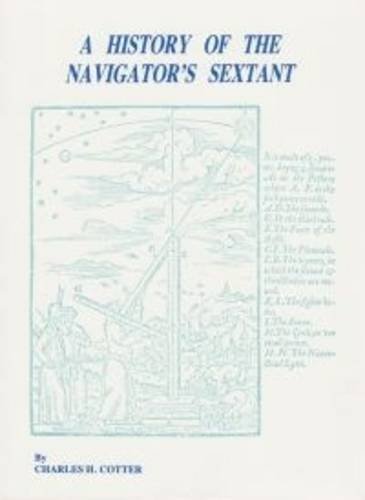 This pre-history of the sextant, as we might call it, will emphasize the problems that were to be overcome in leading up to the invention, or rather evolution, of an instrument that has for long been the very symbol of the navigator's art, and an instrument the simple scientific principles of which have so beautifully been adapted to allow the navigator to measure accurately the altitude of a heavenly body from the deck of a ship at sea. Following the brief opening introductory chapter the second chapter examines the instruments used by land-based astronomers for measuring the heavens, some of which instruments appear to have been adapted for sea use. The succeeding chapters deal, in turn with each class of instrument designed specifically for use at sea, starting with the Seamen's Quadrant, followed by the Mariner's Astrolabe, the various Shadow Staffs and the early reflecting instruments, to the Hadley Quadrant, the immediate ancestor of the modern sextant. Although the sextant is essentially an instrument for the nautical astronomer, its use in surveying and coastal navigation is important: Chapter 11 is devoted to this aspect of the sextant. The following chapter describes the several attempts that have been made to provide an artificial horizon for marine use. The application of nautical astronomy to the navigation of aircraft led to rapid improvements to the marine sextant which was adapted for use in the air. But soon specially-designed altitude measuring instruments were produced to meet the specific needs of airmen. These instruments are described in the closing chapter of the book. Astronomical navigation in the air was but short-lived a matter of three or four decades at most. Nautical astronomy for air navigation became obsolete when aircraft speeds became so great that new powerful radio and electronic techniques were developed for air navigation. Many of these techniques are now being used by marine navigators, so that it is unlikely that we shall witness any significant advances in nautical astronomy. The sextant, thus, appears to have reached the acme of its perfection: what better time, therefore, to set down its long and fascinating history?

1. A History of the Navigator's Sextant