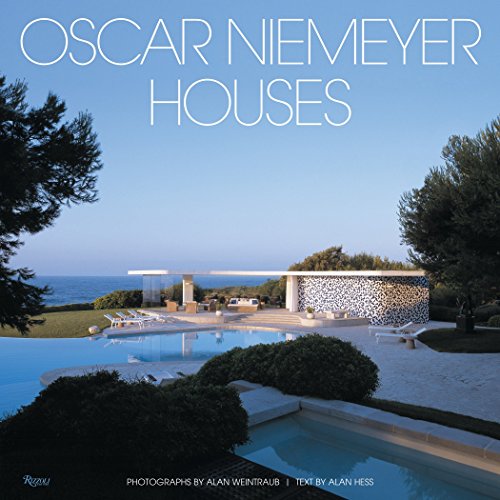 This title showcases 21 houses in a lavish format that truly represents the seminal work of a modern master. Niemeyer is known for his large scale civic designs, but this book focusses on his residential architecture with many houses unpublished before. Weintraub had unlimited access and support from Neimeyer, making this the ultimate guide to his houses. Oscar Niemeyer is one of the greatest architects of our time. Hugely influential, his work has added a new dimension to Modern architecture in the twentieth century. This book showcases twenty-one stunning Niemeyer-designed houses, which taken as a group serve to demonstrate the wide range of Niemeyer's prodigious genius as never before seen.

Alan Weintraub is a widely published photographer whose most recent books are Lloyd Wright: The Architecture of Frank Lloyd Wright Jr. and Bay Area Style: Houses of the San Francisco Bay Region.

Descripción Rizzoli, 2006. Condición: Good. A+ Customer service! Satisfaction Guaranteed! Book is in Used-Good condition. Pages and cover are clean and intact. Used items may not include supplementary materials such as CDs or access codes. May show signs of minor shelf wear and contain limited notes and highlighting. Nş de ref. del artículo: 0847827984-2-4