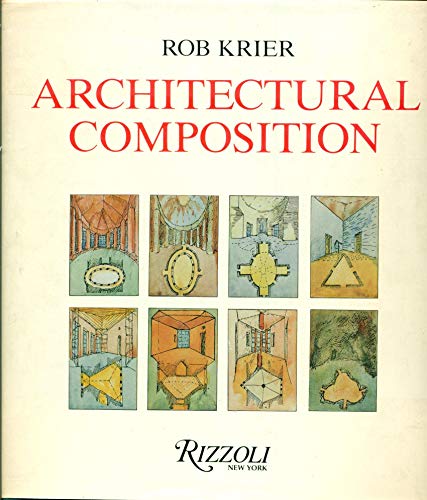 'It is my aim to rehabilitate an architecture that has become dishonoured and disgraced.' Rob Krier is a unique voice in today's architectural discourse through his commitment to developing a relevant and pragmatic theory of architecture based on his own experience and observations of architectural practice and opposed to the easy, abstract theorising so common in contemporary architectural writing. Together with his brother Leon, he has perfected a form of presentation in which the potency of his thinking finds its perfect counterpoint in detailed drawings and sketches which argue his case visually through the power of example. Following the success of his widely acclaimed "Urban Space," a work which looked at the problems of our cities from a historical, theoretical and practical standpoint, Krier now applies his particular, highly influential mode of didactic criticism to contemporary architecture in a continuing search for fundamental architectural truths. "Architectural Composition" is both a theortetical and visual analysis which clearly illustrates the creative process which informs Krier's vision and praxis. The culmination of a lifetime's thought and experience by one of Europe's most important architectural theorists, it is without doubt a major achievement and will become a standard work of reference for both students and practising architects.

Rob Krier is an architect, educator and influential theorist on architecture and urbanism. He was born in Luxembourg and subsequently emigrated to Austria where he has lived since. Krier has produced urban schemes for cities as diverse as Stuttgart, Vienna and Berlin. His built works include Social Housing, Ritterstrasse, Berlin (1979-80), Social Apartment Houses, Berlin Spandau (1982-85), Apartment Houses, Breitenfurterstrasse for the City of Vienna (1983-88), planning for Social Apartment Houses in Salzburg with Aldo Rossi and O.M. Ungers (1985-), Schinkelplatz, Berlin (1986-88), and Social Apartment House, Prager Platz, Berlin (1986-88). He was also winner of the First Prize in the Competition for the Reconstruction of the City of Amiens (1984). Krier's sculptural work includes six bronzes for the port side of Barcelona (1986-), five bronzes for a castle in Luxembourg (1987), a bronze of the philosopher Reuchlin for Pforzheim in Germany (1987), and a pair of figures for the Camillo Sitte Piazza in Vienna (1988), of which he is also the architect. His previous books include Urban Space, Academy Editions (1979) and On Architecture, Academy Editions (1982) and he has also guest-edited an issue of Architectural Digest magazine, 'Elements of Architecture' (1983). He has been professor at the Technical University of Vienna since 1975.