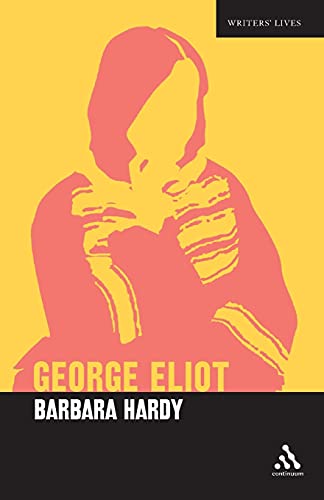 "'The community of critics and readers interested in Victorian studies can always expect Barbara Hardy to come up with an interesting perspective on texts we all thought had been read thoroughly into familiarity. The beauty of this book is also that a whole range of people could read it, from A level students to Hardy specialists.' NATFHE"

'a genuinely interesting contribution to George Eliot scholarship by one of the leading postwar critics of Victorian fiction. The conception is bold and arresting... it reads excellently but its clarity is also vivid, effective and engaging. It wears its evident deep learning, and informed familiarity with Eliot's world, lightlyÁ It manages to integrate three achievements: to give an animated sense of Eliot's personality as a woman, an intellectual, and a writer; it evokes successfully the milieu in which she lived and worked; and it offers genuine illumination in relation to the fiction.'
Professor Rick Rylance, Deputy Head of English Department, University of Exeter (and former Chair of Council for College and University English)

Descripción Bloomsbury Publishing PLC, United Kingdom, 2006. Paperback. Condición: New. Language: English. Brand new Book. George Eliot (1819-1880) was one of the leading writers of the Victorian period and she remains one of Britain's greatest novelists. This biography offers new insights into Eliot's life and work focusing on the themes, patterns, relationships, feelings and language common to both her life and writing. Barbara Hardy discusses Eliot's relations with parents and siblings, her brave but joyful unmarried partnership with George Henry Lewes, her friendships and her late brief marriage to the younger John Cross. Setting her life and fiction side by side, Hardy reveals Eliot's ideas about society, home, foreignness, nature, gender, religion, sex, illness and death and her experiences as translator, journalist, editor and novelist. Drawing on letters, journals, journalism and the memoirs and biographies written by contemporaries, Hardy brings together a biographical approach with close reading of Eliot's novels to give a combined perspective on her life and art. This book offers students, academics and readers alike an illuminating portrait of George Eliot as a woman and a writer. Nş de ref. del artículo: AAV9780826485168