Artículos relacionados a God Made Food 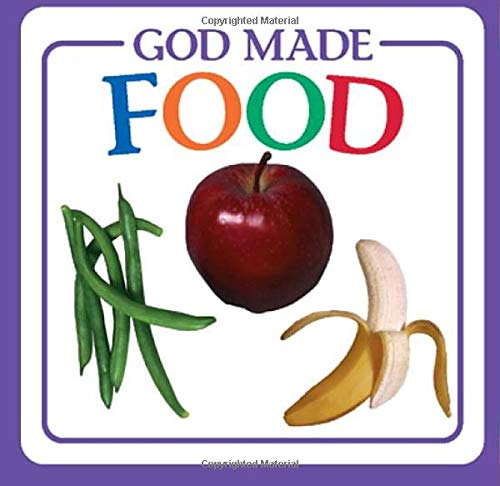 In simple text, illustrates different foods made by God, with a quotation from Psalm 145:15.

Michael Vander Klipp lives in Michigan where he has worked for several years at Zondervan Publishing and has taught at Cornerstone University as an adjunct professor of English. He is also the author of Joy to the World, a children's Christmas board book, and Don't Feed the Lions: 40 Devotions for Teens.

Descripción Kregel Publications,U.S., United States, 2008. Board book. Condición: New. Language: English. Brand new Book. The bright design and crisp photography of the God's Gifts to Me board book series are intended to delight toddlers and first-time readers alike. As kids play with and read each of these sturdy board books, they will encounter different parts of God's beautiful and varied creation, including animals, food, and our own bodies. Bible verses at the end of each book illustrate God's love for us and for all of His creation. Nş de ref. del artículo: AAJ9780825439131