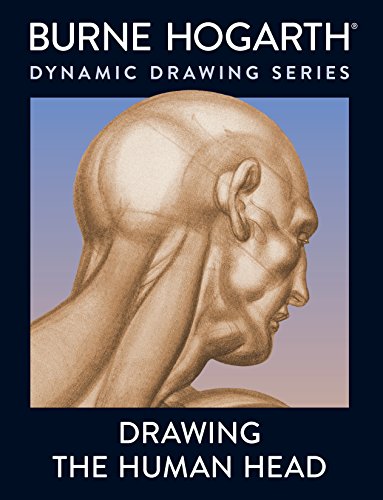 Using a series of 300 drawings and diagrams, the author analyzes the basic structure, anatomy and proportions of the human head. He delineates the musculature of every facial feature, explains wrinkle patterns and demonstrates how to draw the head from every angle. The text explains how to age the face from infancy to old age, and defines a diverse array of head types by structure, explaining their proportions and the features that go with them. Works by such artists as Vermeer, Degas and Picasso supplement the author's own drawings throughout the text.

BURNE HOGARTH (1911-1996), hailed as the "Michaelangelo of the comic strip," was one of the most iconic cartoonists and influential arts educators of the twentieth century and remains so today. After attending the Chicago Art Institute and Academy of Fine Arts at the age of fifteen, Hogarth began an illustrious career in arts education, fine arts, illustration, advertising, and comics, and became recognized as one of the earliest creators of the graphic novel. Best known for his innovative illustrations of the syndicated Sunday Tarzan, Hogarth broke fresh ground in the newspaper comic strip by combining classicism, expressionism, and narrative in a powerful, new way. As cofounder of the School of Visual Arts--one of the world's leading art schools--he brought his unique approach to art into the classroom. His passionate lectures on anatomy and art history formed the foundation for The Burne Hogarth(R)Dynamic Drawing Series that continues to teach and influence artists and animators worldwide. Hogarth's art has been exhibited in many important galleries around the world including the Louvre in the Muse des Arts D coratifs and Marseilles' Biblioth que. He traveled the world throughout his life receiving numerous international awards and accolades.