Artículos relacionados a Line Of Sight: American Avant-garde Film Since 1965 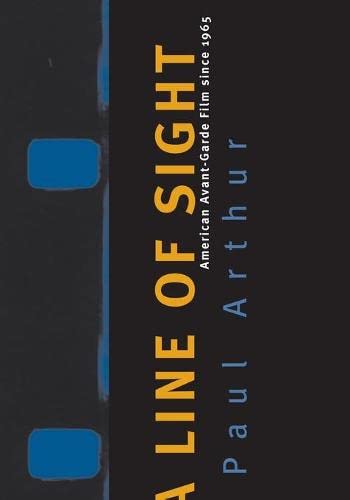 For three decades, Paul Arthur has been a leading observer and critic as well as a direct participant in America's avant-garde cinema. In A Line of Sight, he provides a sweeping new account of the extravagant energies of American experimental cinema since 1965. Balancing close analysis of both major and lesser-known films with detailed examinations of their production, distribution, and exhibition, Arthur addresses the avant-garde's cultural significance while offering a timely reconsideration of accepted critical categories and artistic options. Rather than treating American avant-garde cinema as a series of successive artistic breakthroughs, A Line of Sight emphasizes the importance of social and institutional networks, material exchanges, and historical disruptions and continuities. Throughout, Arthur pays close attention to themes and visual practices neglected or underrepresented in previous studies, scrutinizing portraiture as a vehicle for projecting dissident identities, highlighting the essay film and the contemporary city symphony, and assessing the contributions of regional and African American filmmaking to the avant-garde. He also explores thematic and formal questions that have been central to the avant-garde achievement: experimental film's relationship with mainstream narrative cinema and postwar American painting as well as the legacy of sixties's counterculture; the uses and theoretical implications of found footage and the allegorizing of technology; and the schism between a poetic, expressive cinema and the antisubjective, rationalist bias of structural filmmaking. Amid the current resurgence of experimental filmmakers and the emergence of a new audience for their work, A Line of Sight reaffirms the extraordinary breadth and diversity of the avant-garde tradition in America.

4. Line of Sight: American Avant-Garde Film Since 1965 (Paperback or Softback)

Descripción Paperback. Condición: New. Paperback. categories and artistic options. Rather than treating American avant-garde For three decades, Paul Arthur has been a leading observer and critic as well as a direct participant in America&.Shipping may be from multiple locations in the US or from the UK, depending on stock availability. 240 pages. 0.417. Nş de ref. del artículo: 9780816642656