Artículos relacionados a Alienation And Freedom 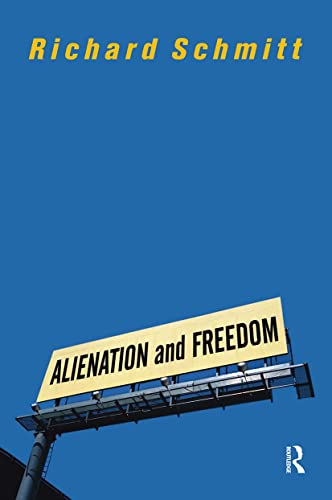 This book provides detailed descriptions of how lives are narrowed by alienation. It also provides some alternative views on alienation. The book shows that the deformation of personality, characteristic of alienation, takes many different forms.

Richard Schmitt is Professor Emeritus of Philosophy at Brown University. He now teaches at Assumption, Becker and Worcester State Colleges as an adjunct. Born in Germany, of Jewish parentage, he arrived in the United States in 1946. Best known for his introductory texts to Heidegger and to Marx and Engels, he has written widely about existentialism and political philosophy. Alienation,a topic at the intersection of Existentialism and Political Philosophy,has been a lifelong concern of his.