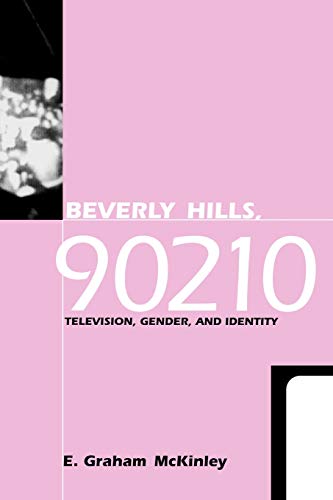 In 1990 the fledgling Fox television network debuted its prime-time soap opera Beverly Hills, 90210, which was intended to appeal to viewers in their late teens and early twenties. Before long, not only did the network have a genuine hit with a lar

Graham McKinley found several groups who watched the program and questioned them about the program's significance. Her conclusions, examined in the light of cultural studies and contemporary theory, are always interesting and sometimes startling - for instance, that her informants' talk about Beverly Hills, 90210 often concerned ethical issues, but not the issues foregrounded by the show's producers. Extracting generously from actual interviews, McKinley's investigation has the urgency of a heart-to-heart conversation, with rich anecdotal moments and revelations of self. As remarkable for its intimate style as for its adroit use of theory, Beverly Hills, 90210: Television, Gender, and Identity illustrates the ways in which media both form and reflect cultural reality.