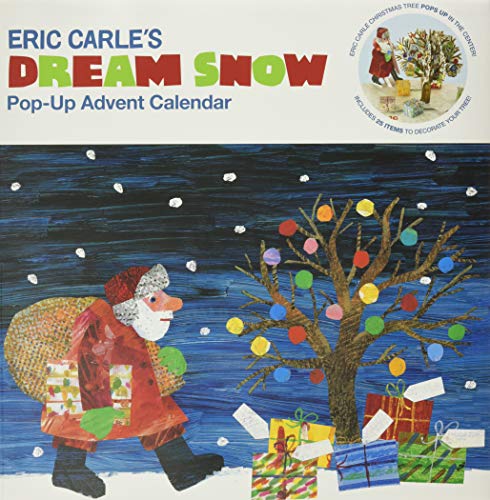 Count down the days until Christmas with this wonderful pop-up advent calendar based on the popular Christmas story Dream Snow by Eric Carle, author of the beloved classic children's book, The Very Hungry Caterpillar . Open a window each day to reveal a new decoration to add to the display. By the time December 25th arrives, you'll have a very dreamy Christmas scene!

Eric Carle is an acclaimed and beloved creator of brilliantly illustrated and innovatively designed picture books for young children. Since The Very Hungry Caterpillar was published in 1969, he has illustrated more than 70 books, most of which he also wrote. Eric and his wife Barbara currently divide their time between the Florida Keys and the hills of western Massachusetts.

3. THE WORLD OF ERIC CARLE(TM) ERIC

4. THE WORLD OF ERIC CARLE(TM) ERIC

5. THE WORLD OF ERIC CARLE(TM) ERIC