Artículos relacionados a The Middle East in the Middle Ages: The Early Mamluk...

Irwin, Robert The Middle East in the Middle Ages: The Early Mamluk Sultanate, 1250-1382 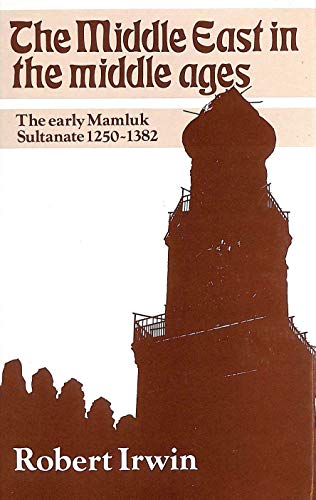 For over two hundred and fifty years the Mamluks ruled one of the great territorial Empires of the Middle Ages, centered on Egypt and Syria and controlling, at times, most of the Middle East.

Irwin now provides the first scholarly history of this period in any Western lan­guage. He makes clear the unique politic­al system of the Mamluks, in which the governing class consisted of a white slave elite. At the zenith of their power, the Mamluks were the only regime to inflict a series of defeats on the Mongols and were able to eliminate the last vestiges of the Crusader states from the Middle East.

The Mamluk sultanate, during which both Islamic Architecture and technolo­gy flourished, was an important epoch in the development of Islam. It was also a period of great growth in trade between Europe and Asia and the flow of scholar­ship from the Arab world to Renaissance Europe.

Robert Irwin is a part-time Lecturer at the School of Oriental and African Studies, the University of London. "