Artículos relacionados a Object-Oriented Analysis and Design with Applications... 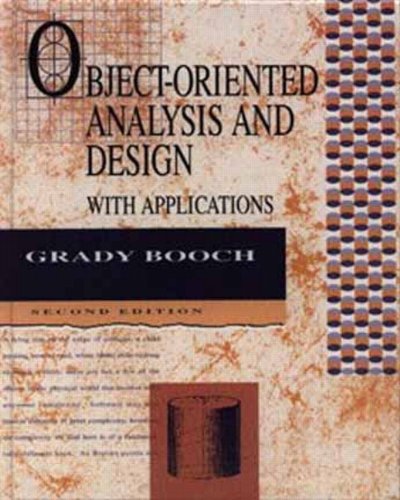 In the Second Edition of his award-winning book, Grady Booch draws upon the rich and varied results of the hundreds of projects which have applied the notation and method presented in the First Edition to offer improved methods for object development-including a unified notation. The winner of the Jolt Cola book award in both editions, Object-Oriented Analysis and Design with Applications has been a major force in moving object technology into the mainstream of software development. With numerous examples, now implemented in C++, the Second Edition illustrates essential concepts, explains the method, and shows successful applications in a variety of fields. It also offers pragmatic advice on a variety of issues-including classification, implementation strategies, and cost-effective project management.

Grady Booch, is the Chief Scientist at Rational Software Corporation and developer of the Booch Method of object-oriented analysis and design. He is also co-developer of the Unified Modeling Language (UML). Widely recognized for these and many contributions in the field, he is a popular speaker at technology conferences around the world. Booch has twice received Software Development magazine's coveted Jolt-Cola Product Excellence Award for his seminal text,Object-Oriented Analysis and Design with Applications. 0805353402AB04062001