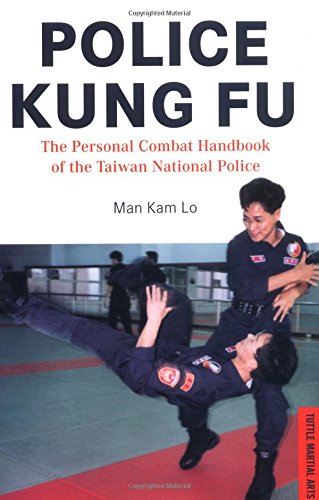 Master the effective, practical style of Kung Fu practiced by the Taiwanese police with this illustrated martial arts guide. Police Kung Fu: The Personal Combat Handbook of the Taiwan National Police is a comprehensive approach for the realistic use of traditional kung fu by law enforcement and corrections officers--and ordinary citizens--to maximize personal safety while minimizing the necessary use of force. Lavishly illustrated with photographs of Taiwanese police officers systematically demonstrating tactics that have been used with great effect for several decades in Taiwan, Police Kung Fu teaches responses to unarmed attackers and to attacks with guns, knives, and assorted clubs and other weapons, as well as police baton techniques for individual and crowd control. With a thorough grounding in traditional Wing Chun kung fu, renowned for its direct power and speed, the police training demonstrated in this volume is readily adaptable to a wide variety of controlled-force situations. Police Kung Fu is a great resource for every law enforcement professional and those interested in the martial arts and self defense.

Man Kam Lo was born in China in 1937 and is a professor at the Chinese Culture University in Taipei. A student of Wing Chun grandmaster Yip Man, Sifu Lo is the chief instructor for several divisions of the Republic of China (Taiwan) police and self-defense forces. He is widely recognized as one of the greatest masters of applied Wing Chung kung fu. The translators, Bradley Temple, Nicholas Veitch, and John Kang, are all long-time students of Sifu Lo and have trained for several years with him in Taiwan.