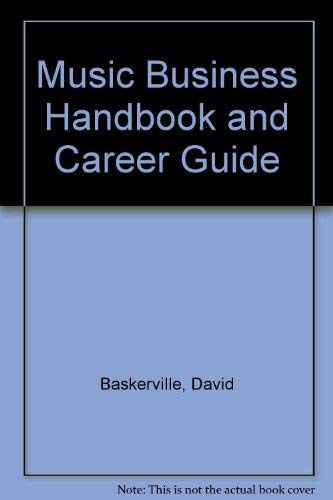 The new edition of this classic text retains its tradition as the most comprehensive, up-to-date guide to the music industry in the United States. Richly illustrated, the volume includes complete coverage of all aspects of the music business including songwriting, publishing, copyright, production, artist management, promotion and retailing. There is a detailed section on careers in the music industry with specific advice on getting started in the business and directories of professional organizations.

He also served as a consultant to companies in the entertainment industry, such as Walt Disney Productions, and to research and marketing firms, such as Vidmar Communications, Los Angeles.

As an educator, Dr. Baskerville created and directed the music management program at the University of Colorado at Denver, where he became professor emeritus. He was a guest lecturer, consultant, or clinician at USC, UCLA, Chicago Musical College, Hartt School of Music, the Ohio State University, University of Miami, and Trebas Institute, Canada.