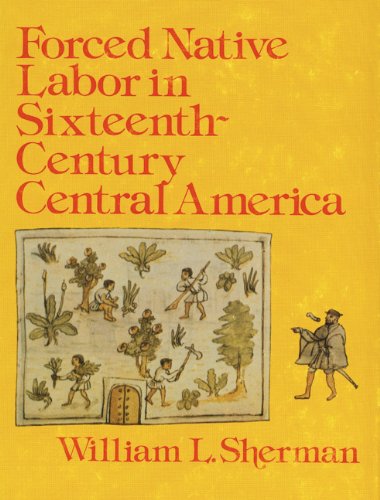 Little has been written on society in the Spanish Indies during the sixteenth century, although it was during those formative decades that the Latin American class structure evolved. The Spanish conquest of the Indians produced profound social dislocations as many Spaniards of a low station found themselves members of a new aristocracy and native lords were often reduced to servitude. This book presents the first comprehensive investigation of the primary issue of the first century of Spanish American colonization: the massive system of Indian forced labor, ranging from outright slavery to the encomienda, upon which Spanish colonial society rested. Focusing on the fate of the natives under Spanish rule, the author traces in graphic detail the rupturing of Indian traditions and the fate that befell the Indian people. While demonstrating the excesses of the conquistadores and unscrupulous crown officials, he also emphasizes that Central America was the scene of the first attempts to apply the famous New Laws. Although that legislation was not fully implemented, the reformist judge Alonso Lopez de Cerrato made significant improvements in labor conditions, in the face of furious opposition from the Spanish settlers. Aside from its discussion of labor practices, this account deals with population figures and the extent of the slave trade, and corrects a number of errors in traditional sources. In addition, Spanish Indian policy, particularly at the local level, is examined in combination with character studies of individual officials, providing a much needed new look at the way in which Indians were affected by the conquest. Based primarily on documents in Spanish and Central American archives, the book includes chapters on the treatment of Indian women and the decline of the native nobility which made valuable contributions to the ethnology as well as the history of Central America.

William L. Sherman (1927-1998) was a professor of history at the University of Nebraska-Lincoln.