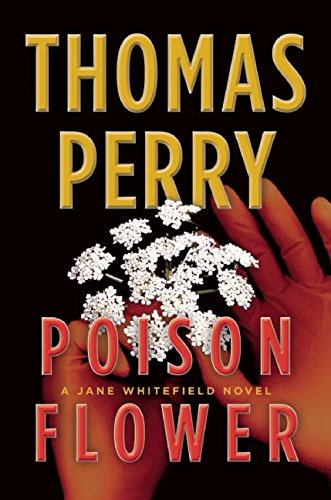 Praise for Poison Flower "At a time when franchise characters are publishing gold, (Jane Whitefield) is the sort of protagonist most crime novelists would kill for." -The Wall Street Journal "Spellbinding... Jane shares some traits with another outstanding protagonist, Lee Child's Jack Reacher. Both are resourceful, fearless, and whip-smart." -The Seattle Times "Perry's heroine, Jane Whitefield, continues to be one of the most original and intriguing characters in contemporary crime fiction ... Perry plunges us into his patented nerve-wracking, extended chase scenes before the novel's harrowing climax." --Booklist (starred review) "A tour de force... an hours-long jolt of pure, adrenaline-fueled plot." -Kirkus Reviews "[E]xciting... Perry ensures the characters shine." --Publishers Weekly Praise for Thomas Perry "There are probably only half a dozen suspense writers alive who can be depended upon to deliver high-voltage shocks; vivid, sympathetic characters; and compelling narratives each time they publish. Thomas Perry is one of them." -Stephen King "[Perry is] a master of nail-biting suspense." -Los Angeles Times "Perry is so skillful with the old chase-and-pursuit routine, creates such interesting characters, and writes about them so tellingly, one wants more immediately, not next year-right now." -The Boston Globe "The best thing about Thomas Perry's thrillers are the devilishly ingenious schemes his protagonists devise to outwit their pursuers ... Perry keeps readers engrossed with wickedly smart protagonists ... Perry can really write." -San Francisco Examiner "Mr. Perry's characters come to life with a single sentence... He's one of the greatest living writers of suspense fiction." -The New York Sun

Poison Flower, the seventh novel in Thomas Perry's celebrated Jane Whitefield series, opens as Jane spirits James Shelby, a man unjustly convicted of his wife's murder, out of the heavily guarded criminal court building in downtown Los Angeles. But the price of Shelby's freedom is high. Within minutes, men posing as police officers kidnap Jane and, when she tries to escape, shoot her. Jane's captors are employees of the man who really killed Shelby's wife. He believes he won't be safe until Shelby is dead, and his men will do anything to force Jane to reveal Shelby's hiding place. But Jane endures their torment, and is willing to die rather than betray Shelby. Jane manages to escape but she is alone, wounded, thousands of miles from home with no money and no identification, hunted by the police as well as her captors. She must rejoin Shelby, reach his sister before the hunters do, and get them both to safety. In this unrelenting, breathtaking cross-country battle, Jane survives by relying on the traditions of her Seneca ancestors. When at last Jane turns to fight, her enemies face a cunning and ferocious warrior who has one weapon that they don't.