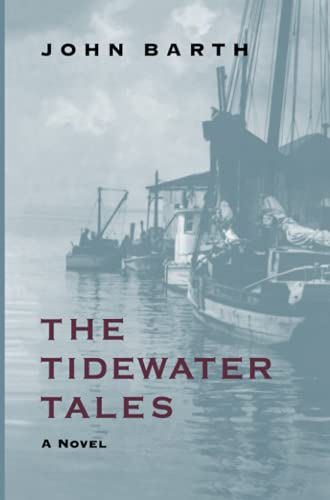 What is so moving about The Tidewater Tales is its frequent and frequently incidental richness as a love story―marital, filial, domestic―and also in its love of a place, of a country, even as place and country are scarred by depredation.The newest edition of the most complete introduction to the vital security issues facing the United States returns to the book's classic organizational format.

The Tidewater Tales takes the form of a narrative encyclopedia, a pre-natal crash course in the politics, social life, literature, history, and mythology of late-twentieth century America... It sits... on the map of modern American fiction as a gigantic memorable construction.

"Tell me a story..." Katherine Shorter Sherritt Sagamore, 8 1/2 months pregnant, is a blue-blooded library scientist and founding mother of the American Society for the Preservation of Storytelling. Her husband Peter, 8 1/2 months nervous, is a blue-collar storyteller with a penchant for brevity. Sailing in the Chesapeake Bay, they tell each other tales to break the writer's block handed Peter by his Muse, to ease the weight of Katherine's pregnancy, to entertain, and to enlighten. Along with their stories, we learn of the Bay itself―past and present. The beloved Chesapeake, where young Peter once indulged his Huck Finn fantasy, is in danger of becoming what he dubs a moral cesspool; where nature is in a losing struggle with man; where the hallowed Deniston School for Girls is being pressured by the CIA to sell land to the Soviet embassy; and where the old Sagamore homestead might or might not be the newest espionage station on the shoreline.