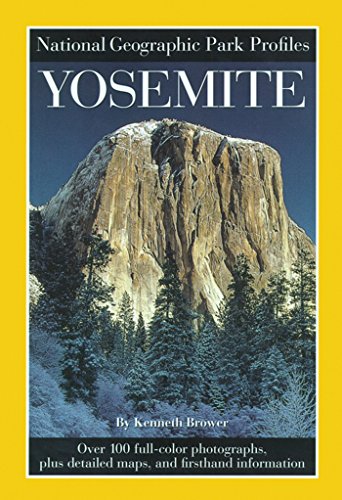 Discover more than 120 stunning color photographs featuring this jewel of the Sierra Nevada. The beauty and the grandeur of Yosemite National Park beckon 4.1 million visitors each year. Some are rock climbers who come to challenge Yosemite's granite. Some, en route to the backcountry, come for solitude. But by far the greatest number come to experience the view from the valley. Author Kenneth Brower details the captivating variety of Yosemite's plants and animals. He chronicles how rivers of ice shaped the valley and relates the saga of the park through its first 100 years. Despite concerns about large crowds straining park resources, Brower remains optimistic. He writes, "The message of Yosemite is not how badly the park is run, but how well." Each National Geographic Park Profile captures the beauty of one of the United States' beloved national parks. Other installments in the series include books on the Grand Canyon, Yellowstone, and the Blue Ridge Mountains.. NOTA: El libro no está en espańol, sino en inglés.