Artículos relacionados a XML by Example 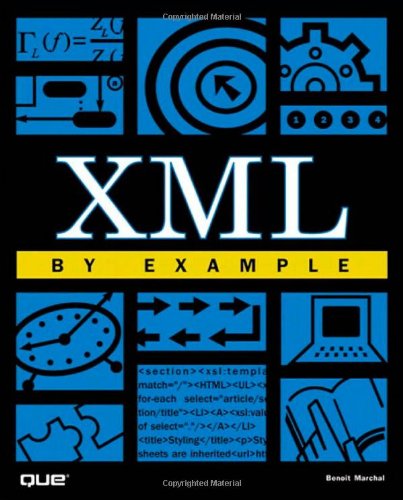 XML by Example teaches Web developers to make the most of XML with short, self-contained examples every step of the way. The book presumes knowledge of HTML, the Web, Web scripting, and covers such topics as: Document Type Definitions, Namespaces, Parser Debugging, XSL (Extensible Stylesheet Language), and DOM and SAX APIs. At the end, developers will review the concepts taught in the book by building a full, real-world e-commerce application.

Benoit Marchal runs the consulting company, Pineapplesoft, which specializes in Internet applications, particularly e-commerce, XML & Java. He has worked with major players in Internet development such as Netscape and EarthWeb, and is a regular contributor to developer.com. In 1994 he developed a prototype client/server web interface for Assurnet, a large insurance company in Belgium. Benoit frequently leads proprietary software component training sessions for many corporations.

1. XML by Example (By Example)