Artículos relacionados a Nissen, A: Accustomed to Her Face

Nissen, Axel Nissen, A: Accustomed to Her Face

Nissen, A: Accustomed to Her Face 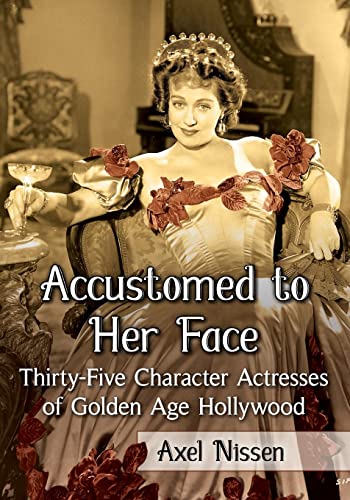 "a must for film buffs...a lot of insight and fascinating info about each of these classic movie actresses"--jlneibaur-writer; "exhaustively researched...after reading this book you'll enjoy the performances all the more, thanks to Nissen's incredible insights"--Pop Culture Classics.

Drawing on historical documents and newspaper reports, this book provides a fascinating group portrait of a diverse group of character actresses who left their stamp on Hollywood from the early sound era through the 1960s. The lives of 40 actresses are explored in detail. Some are familiar: Margaret Hamilton starred in dozens of films before and after her signature role as the Wicked Witch in The Wizard of Oz; Una Merkel nearly died when her mother committed suicide in 1945. Others are nearly forgotten: Maude Eburne owed her career to a spectacular fall on the Broadway stage in 1914; Greta Meyer, who played the quintessential German maid, came to Hollywood after years in New York's Yiddish theater-though she wasn't Jewish.