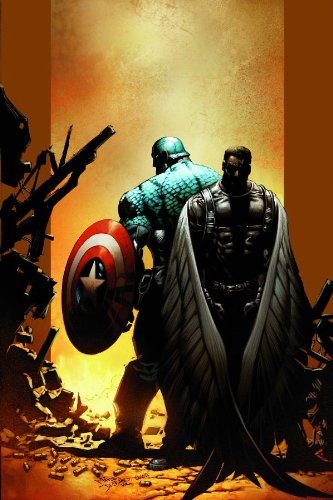 In Ultimate Fantastic Four Annual #2, something strange has happened at Nursery Two, the Baxter Building's Think Tank counterpart in Oregon. It's disappeared, seemingly swallowed up by the earth itself! And if you think that heralds the return of the macabre Mole Man, go to the head of the class! In Ultimate X-Men Annual #2, Dazzler has awakened from her coma only to discover her life is in deadly peril! And even her former fellow X-Men may be powerless to save her as a betrayal within the ranks has left them shellshocked. In Ultimate Spider-Man Annual #2, Punisher and Daredevil return! While Foggy Nelson offers Spidey some legal advice, Police Captain Jean DeWolfe gives him some other advice - on how to take down the Ultimate Kangaroo! And in The Ultimates Annual #2, as the Ultimates clear the wreckage from the recent attack on the United States, a monstrous evil from the past rises from the ashes to launch an attack when America is at her weakest. And with the ranks of the Ultimates severely depleted, all that stands in the path of the long-thought-dead bio-fanatic Arnim Zola is the indomitable Sentinel of Liberty, Captain America, and Sam Wilson, the high-flying Falcon! Collects The Ultimates Annual #2, Ultimate Fantastic Four Annual #2, Ultimate X-Men Annual #2 and Ultimate Spider-Man Annual #2.