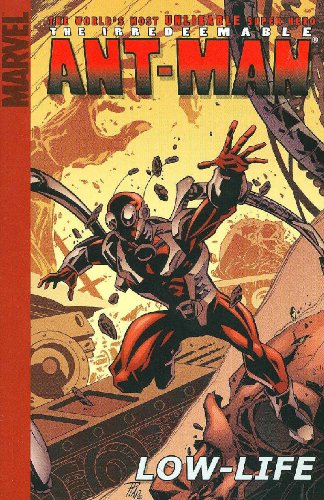 Introducing the world's worst super hero! When a low-level S.H.I.E.L.D. agent gets a hold of Hank Pym's new Ant-Man suit, you know the Marvel Universe is in trouble. He's not concerned with saving the world or helping others. He's concerned with getting through the day and getting a leg up on life. He's not going to use his powers responsibly, he's going to use them for the betterment of himself. He's Ant-Man, a new "hero" for the modern world. If you thought Robert Kirkman pushed the boundaries of what could be in a Marvel Comic with Marvel Zombies just wait until you see what he does in The Irredeemable Ant-Man! Collects Irredeemable Ant-Man #1-6.