Artículos relacionados a Express Yourself!: The Essential Guide to International...

Express Yourself!: The Essential Guide to International Understanding [Idioma Inglés] 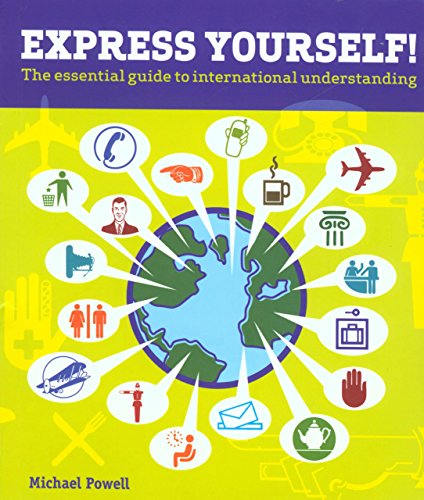 As a follow-up to the bestselling Behave Yourself, here is a sound and savvy guide to communicating effectively in 45 different countries, whether through body language or through a few choice words.. NOTA: El libro no está en espańol, sino en inglés.

Did you Know: Brazilians are very optimistic and resourceful people with jeito - a belief that there is always a solution to every problem, even if it means bending the rules or employing a little well-placed nepotism. In 1989 the peaceful "Velvet Revolution" brought democracy to the Czech Republic. In 1993, again peacefully, the country divided into the Czech and Slovak republics in what became known as the "Velvet Divorce." In Romania, ordinary conversation can become quite loud and passionate; this is rarely a sign that an argument is taking place. Personal space in Egypt is very close; don't back away even if you feel that your personal space is being invaded, as this will be interpreted as rejection. Laughter and smiling in China is often the result of nervousness or miscomprehension. Irony and sarcasm are not generally recognized. If you are being sarcastic or wry, you will need to exaggerate it, since subtle attempts at irony will be misunderstood and could cause offense.

1. Express Yourself!: The Essential Guide to International Understanding

2. Express Yourself!: The Essential Guide to International Understanding Powell, Michael