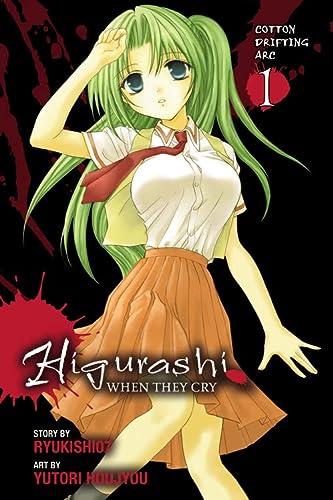 When the Fear Factory unleashes its most powerful weapon on the unsuspecting spectators at the Robot Fight Tournament, Shotaro must set aside his search to rescue his new friends as both Yohei and Mana face immortal danger. Original.

You've already met Keiichi Maebara and his mischievous friends in the Abducted by Demons Arc. But Oyashiro-sama's curse is poised to strike anew in Hinamizawa village. When Keiichi spots tomboy Mion working at a maid caf?, he can hardly believe his eyes! But it's not Mion after all - it's her identical twin sister, Shion. Keiichi's never heard of this 'twin sister' before and suspects it's just another one of Mion's pranks. But through Shion, Keiichi is able to see a quieter, more feminine side of his best friend, even if it is all an act. As Keiichi spends more time with Shion, however, Rena grows more accusatory...

Ryukishi07 leapt into the spotlight with HIGURASHI NO NAKU KORO NI which was originally conceived as a series of visual novels and later adapted into the popular manga and anime franchise.