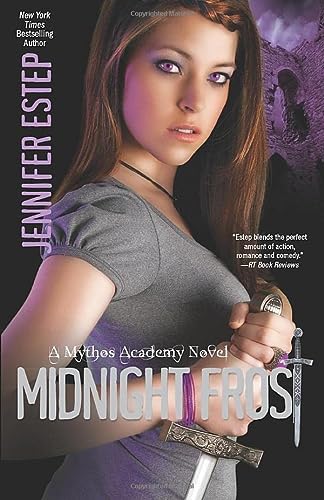 New York Times bestselling author Jennifer Estep is constantly prowling the streets of her imagination in search of her next fantasy idea. Jennifer is the author of the Black Blade and Mythos Academy young adult urban fantasy series for Kensington. She writes the Elemental Assassin urban fantasy series for Pocket Books and is also the author of the Bigtime paranormal romance series. Jennifer is a member of Romance Writers of America, Science Fiction and Fantasy Writers of America, and other writing groups. Jennifer's books have been featured in Cosmopolitan, Entertainment Weekly, Southern Living, and a variety of other publications. To learn more about her, visit jenniferestep.com. You can also sign up for Jennifer's fan page on Facebook and follow her on Twitter and Goodreads.