Artículos relacionados a The Road To Kandahar

Wilcox, John The Road To Kandahar

The Road To Kandahar 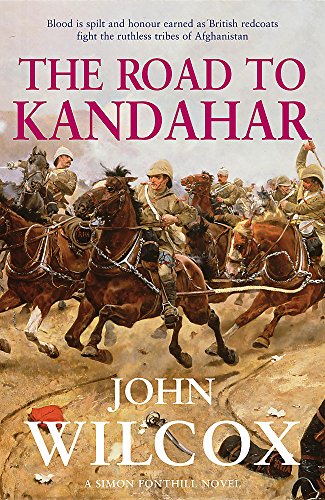 Like the first of Wilcox's novels, this is steeped in history and rattles along nicely. There's a sense of the author hitting his stride... But it's the battles scenes where these novels stand or fall, and the writing is at its best here. Certainly a third volume is a must - bring it on (Bournemouth Daily Echo)

Fonthill is a credible (and creditable) officer without the raw brutishness of Bernard Cornwell's Sharpe, yet with ample courage and fortitude. In the world of historical novels he ranks as someone you feel Cornwell's fighting man would be glad to have at his side. I salute you, Captain Fonthill! (Coventry Evening Telegraph)

'Lovers of this brand of millitary fiction have a new hero to celebrate... The story rattles along at a tremendous pace and once started, it was difficult to put down. Fonthill has some pedigree. We deserve to hear more of this new hero' Eastern Daily Press (Eastern Daily Press)

It's July 1879 and Lieutenant Simon Fonthill is preparing to leave South Africa with his servant '352' Jenkins. Disillusioned with the British army after fighting in the Zulu wars, they are both determined to resign their commissions. However, Fonthill's talents as a soldier have not gone unnoticed and Colonel Lamb, in charge of intelligence, persuades him to join his next operation. And so Fonthill finds himself on his way to Afghanistan, where trouble is brewing for the small British force stationed there. Commanded by General Roberts, they are under orders to protect the British mission in the capital, Kabul, and desperately need reliable intelligence of any imminent attack. Thus Fonthill is sent on a difficult and dangerous mission deep into the Afghan mountains to gain information, the threat of capture and torture by the local tribes constantly hanging over him. Will Fonthill survive and break through to warn Roberts of the united force that is set to rise up against him? Or is it his fate to perish in the mountains at the hands of a brutal enemy?

2. The Road to Kandahar Wilcox, John