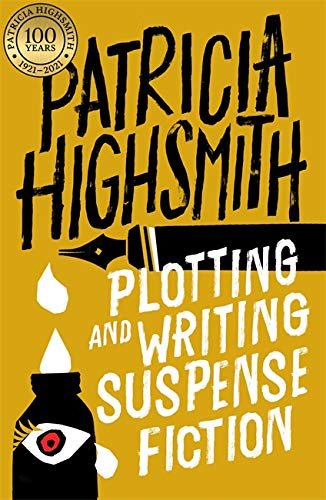 Named by The Times as the all-time number one crime writer, Patricia Highsmith was an author who broke new ground and defied genre clichés with novels such as The Talented Mr Ripley and Strangers on a Train.
In the classic creative writing guide Plotting and Writing Suspense Fiction, Highsmith reveals her secrets for producing world-class crime and thrillers, from imaginative tips for generating ideas to useful ways of turning them into stunning stories.

Patricia Highsmith (1921-1995) was born in Fort Worth, Texas, and moved to New York when she was six, where she attended the Julia Richman High School and Barnard College. In her senior year she edited the college magazine, having decided at the age of sixteen to become a writer. Her first novel, Strangers on a Train, was made into a classic film by Alfred Hitchcock in 1951. The Talented Mr Ripley, published in 1955, introduced the fascinating anti-hero Tom Ripley, and was made into an Oscar-winning film in 1999 by Anthony Minghella. Graham Greene called Patricia Highsmith 'the poet of apprehension', saying that she 'created a world of her own - a world claustrophobic and irrational which we enter each time with a sense of personal danger' and The Times named her no.1 in their list of the greatest ever crime writers. Patricia Highsmith died in Locarno, Switzerland, in February 1995. Her last novel, Small g: A Summer Idyll, was published posthumously, the same year.