Artículos relacionados a Have You Seen Her?

Rose, Karen Have You Seen Her?

Have You Seen Her? 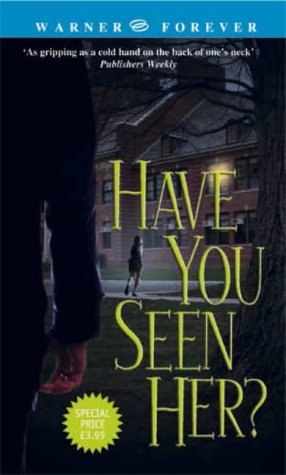 As gripping as a cold hand on the back of one's neck, but tempered by lovable characters and a moving romance, this assured debut bodes well for Rose's future books (Publishers Weekly)

Rose delivers the kind of high-wire suspense that keeps you riveted to the edge of your seat. (Lisa Gardner, New York Times bestselling author)

Special Agent Steven Thatcher has a lot on his hands. Not only is there a serial killer of teenage girls on the loose, but Steven's own teenage son Brad is suddenly acting up and failing at school.

Schoolteacher Jenna Marshall is also worried about Brad, and she decides to share her fears with Steven. Soon Jenna and Steven are falling for each other, though they tread cautiously as both carry hidden wounds of their own. And their situation turns even more dangerous when they inevitably find themselves on the twisted path of the serial killer...