Artículos relacionados a Why the Whales Came

Morpurgo, Michael Why the Whales Came

Why the Whales Came 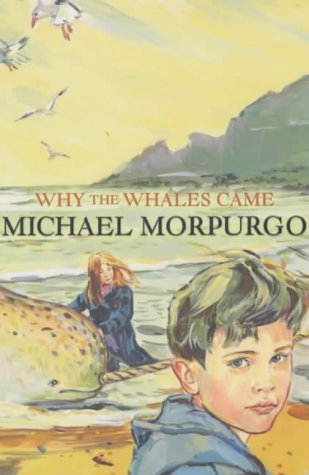 'You keep away from the Birdman,' warned Gracie's father. 'Keep well clear of him, you hear me now?' But Gracie and her friend Daniel discover the Birdman isn't mad or dangerous as everyone says. Yet he does warn them to stay away from the abandoned Samson Island - he says it's cursed. And when the children are stranded on Samson by fog, Gracie returns to hear tragic news. Could the Birdman be right? The curse that struck Samson is about to strike again on Bryher, and the inhabitants seem only to be welcoming it with their greed and hatred. Together Birdman and the children stop them killing the narhwals, and turn the whales back out to sea. We know the curse is truly lifted when Gracie's father, who had been missing presumed dead after a battle, returns to the village

1. WHY THE WHALES CAME