Artículos relacionados a Mindhunter: Inside the FBI's Elite Serial Crime... 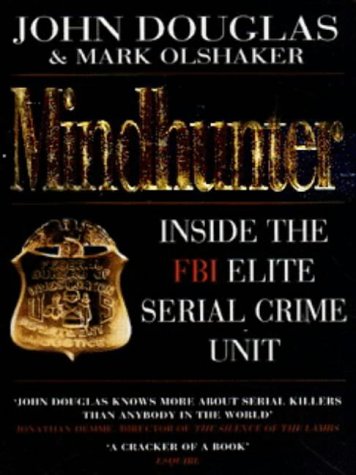 WHAT MAKES A SERIAL KILLER? Only one man really knows. John Douglas. A man who looked evil in the eye and made a vocation of understanding it. Now retired, Douglas can let us inside the FBI elite serial crime unit and into the disturbed minds of some of the most savage killers in the world. In his book, the man who was the inspiration for Special Agent Jack Crawford in THE SILENCE OF THE LAMBS and who lent the film's makers his expertise. *Explains how he invented and established the practice of criminal profiling. *Tells us what it was like to submerge himself mentally in the world of serial killers to the point of 'becoming' both perpetrator and voctim. *Discusses individual case histories, including those of Jeffrey Dahmer, Charles Manson, Ted Bundy and the Atlanta child murders.

John Douglas heads the FBI Elite Serial Crime Unit and is widely experienced in the field of serial killers. Drawing on a study he conducted of more than 150 imprisoned killers, this work explores psychology and motives in this chilling area of true crime.