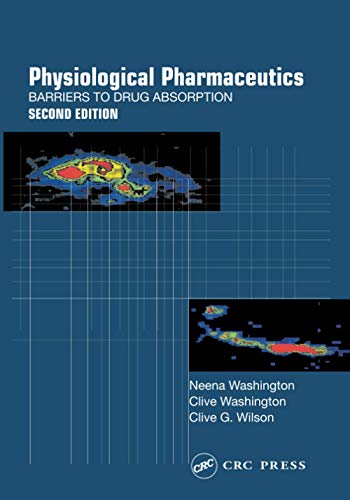 'Provides essential information...There is no equivalent source work.' '...a worthwhile and valuable contribution to this area.'

In recent years, the emphasis in drug development has been the design of new delivery systems rather than new drugs. It is the aim of innovative pharmaceutical scientists to design the new dosage forms to overcome the body's barrier mechanisms which have specifically evolved to exclude foreign material.

This book provides an integrated approach to the study of drug formulation in the body with the emphasis on the formulation variables rather than the drugs. The link between physiology and pharmaceutics is presented to give an essential background of biological principles for the pharmacy student, pharmaceutical formulator and healthcare professional. Complex mathematical aspects of physical chemistry have been avoided to facilitate understanding, enabling the reader to concentrate on how the biological environment affects the performance of the drugs and dosage forms. As the majority of drugs are administered via the oral route a large proportion of the book is devoted to the gastrointestinal tract and the variation in the capacity for drug absorption which occurs along its length. Transdermal, ocular, pulmonary and nasal drug delivery are discussed in detail. New chapters in the book include 'Vaginal drug delivery', the 'Blood brain barrier' and 'Parenteral drug delivery'.