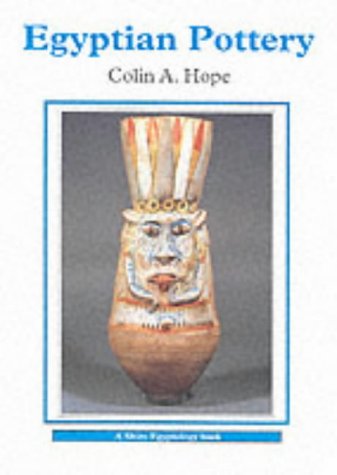 Clay was used for a myriad of functions in ancient Egypt, of which one of the most important was the production of pottery vessels. The manufacture of pottery has a history of over five thousand years in ancient Egypt. This book concentrates on that from the time of the first pharaohs, approximately 3000BC, to the conquest by Alexander the Great in 332 BC. Pottery was used for vessels that served a wide variety of functions, including everyday cooking and domestic purposes. While the majority of the pottery from ancient Egypt is plain and utilitarian, potters decorated vessels with elaborate designs incorporating a wide range of motifs and produced numerous types of 'fancy forms' such as vessels in the form of humans, animals and birds. Using information drawn from such diverse sources as tomb reliefs and inscriptions, as well as the large amount of pottery from pharaonic Egypt that survives today, this book examines the techniques of pottery manufacture, types of decoration and the function of pottery in that society.

Colin A. Hope is senior lecturer and Director of the Centre of Archaeology and Ancient History at Monash University in Melbourne, Australia, and Honorary Advisor to the National Gallery of Victorian on Egyptian artr. He lectures on all periods of Egyptian archaeology, with a special interest in the Predynastic Period and its interconnections with Saharran regions, the New Kingdom, and the Ptolemaic-Roman Periods.