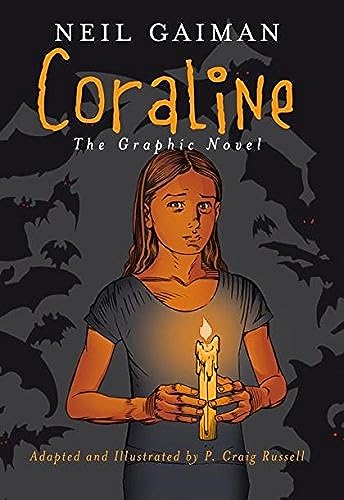 When Coraline moves to a new house she is fascinated by the fact that their house is in fact only half a house. Divided into flats years before, the other flat, it soon becomes clear to Coraline, is not quite as cosy and safe as her own.

'I think this book will nudge ALICE IN WONDERLAND out of its niche at last. It is the most splendidly original, weird, and frightening book I have read, and yet full of things children will love' Diana Wynne Jones 'This book will send a shiver down your spine, out through your shoes and into a taxi to the airport. It has the delicate horror of the finest fairy tales, and it is a masterpiece. And you will never think about buttons in quite the same way again' Terry Pratchett

Neil Gaiman is the bestselling author of many multi-award-winning books for both adults and children. Coraline is currently being made into a film, with release scheduled for autumn 2008. Stardust, the movie based on Neil's bestselling graphic novel series, released in the autumn of 2007. Neil lives in America and travels the world extensively promoting his books.