Artículos relacionados a If Nobody Speaks of Remarkable Things: 21 Great Bloomsbury... 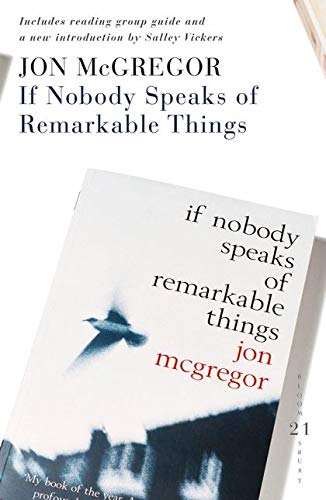 'A dream of a novel' Erica Wagner, The Times 'You won't read anything much more poignant than this' William Leith, Daily Telegraph 'Even as it is shadowed by disaster, McGregor's careful prose is sharpened by anticipation and expectation. This is a novel of wonders' Observer 'A sensationally accomplished debut a convincing and moving vision of contemporary Britain' Sunday Times

On a street in a town in the North of England, perfectly ordinary people are doing normal things - children play cricket, windows are painted, a couple argues, students pack up their belongings, and nameless people pass each other, interweaving yet never connecting. But a terrible event shatters the quiet of the summer evening and no one who witnesses it will ever be the same again.

1. If Nobody Speaks of Remarkable Things [Paperback] jon-mcgregor