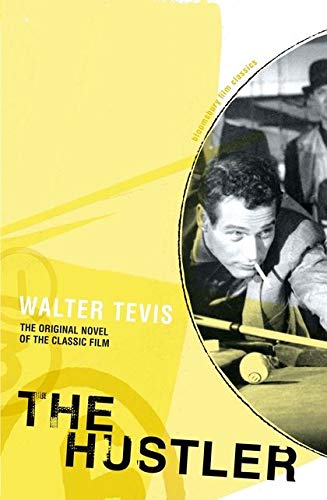 'This book sees the poetry of the pool game ... Fast Eddie's ascent up the ladder from pool shark to full-time hustler is the story of the will to power, told in cool fifties style' Guardian 'Tevis writes a stark, cut-down prose that admirably suits his tale of people who live on the edge of desperation in fifties Chicago' Irish Times 'If Hemingway has the passion for pool that he had for bullfighting, his hero might have been Eddie Felson' Time 'A wonderful hymn to the last true era when men of substance played pool with a vengeance' Time Out

'Turtle said again, "There's your money, boy," and Eddie turned and before he had the bills in his hand the hot, stubby fingers were clamped around his wrist and the sentence the man had started was finished with "you pool shark son of a bitch" - a private utterance said with the thick emphasis of hate.' Fast Eddie is an arrogant and talented pool shark who has decided that winning a few dollars here and there is not enough, so he heads for the infamous Chicago pool halls. He has only one aim - to take on the unbeatable legend known as Minnesota Fats. This is the big one - a one-hit make-or-break game - and Eddie knows that he's skilled enough to win. But things don't go as Eddie has planned and he hits a hopeless slump, unable to fathom where his game is going wrong. Then he meets two people: a woman who's willing to love him, and a man able to prepare him to take on another, bigger, hustle. But in Chicago nothing, it seems, comes for free.