Artículos relacionados a The Inner Circle 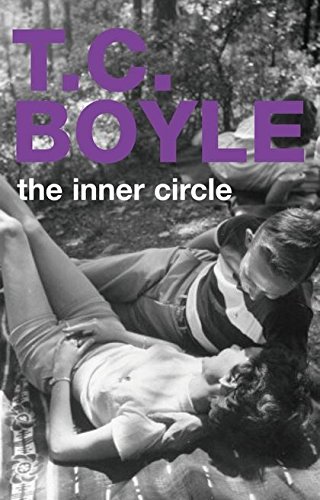 'Boyle is one of America's most fluent, dazzling and readable writers ... So vivid is his prose that we get caught up in the relationships between the circle, their unconventional marriages, their attempts to combat jealousy for the sake of society's enlightenment' Uncut 'His satire is spot-on ... Boyle's portrait of the scientist remains rich with comic nuance' Sunday Times 'A fascinating look at post-war American views on sex, along with a compelling and very humane study on the nature of desire, jealousy, love and marriage. Plus, it's stuffed with sex!' Daily Mirror 'This is a wonderful novel, beautifully constructed and written, and constantly compelling. Boyle just gets better and better' Daily Mail

In 1939, on the campus of Indiana University, a revolution has begun. The stir is caused by Alfred Kinsey, a zoologist who is determined to take sex out of the bedroom. John Milk, a freshman, is enthralled by the professor's daring lectures and over the next two decades becomes Kinsey's right hand man. But Kinsey teaches Milk more than the art of objective enquiry. Behind closed doors, he is a sexual enthusiast of the highest order and as a member of his 'inner circle' of researchers, Milk is called on to participate in experiments that become increasingly uninhibited.