Artículos relacionados a In My Brother's Shadow

Timm, Uwe In My Brother's Shadow

In My Brother's Shadow 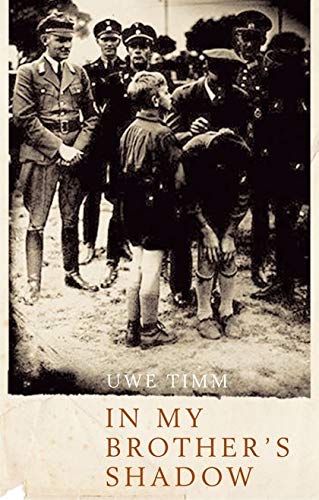 'Rarely has the German past been written about more soberly and more tenderly, more delicately and more frankly.' Frankfurter Allgemeine 'One of the most important of contemporary German writers ... ' Modern Language Review 'This book should be read by the young, to learn, by the old to remember, and by everyone because it is simply great literature.' Elke Heidenreich

Although Uwe Timm, born in 1940, always had his big brother held up to him as a fine example, his only real memory of Karl-Heinz, sixteen years his senior, was a game of hide-and-seek that they played a few months before his brother was severely injured in the Ukraine. Karl-Heinz died of his wounds a few weeks later, in October 1943. During his time as a sapper in the elite SS Death's Head Division. Karl-Heinz kept a diary, which was returned to the family on his death. It concluded 'I close my diary here because I don't see any point in recording the cruel things that sometimes happen.' What, Uwe wondered, were these unmentionable 'cruel things'? His greatest fear, on studying family records after the death of his parents and his sister, was that he might find his brother's unit had taken part in the shooting of civilians and Jews. Yet he wanted to piece together not only Karl-Heinz's experience, but that of his nation, which once considered his brother's qualities as a soldier and an SS man so exemplary. Timm's memoir paints a haunting picture of his own experience too: the devastating Hamburg air raids which reduced his family home to ashes and rubble; the eloquent silences and voluble justifications that followed the War; and the decline of his once proud father, a veteran of both world wars. In doing so, he pinpoints the questions that his parents' generation seemed unable to face. As he pursues his personal journey, Uwe Timm offers an important insight into the social and philosophical impact of the war on ordinary Germans.

1. In My Brother's Shadow Timm, Uwe