ArtĒculos relacionados a Being and Becoming 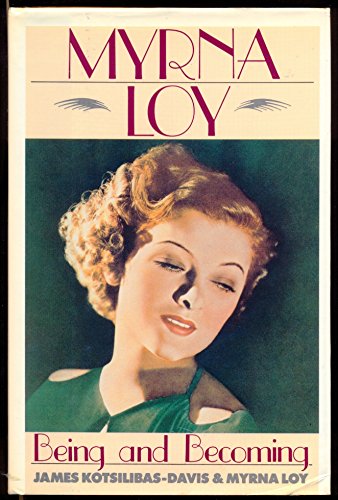 The actress Myrna Loy, now 81, looks back on her career as a Hollywood star who appeared in over 125 movies, including "The Best Years of Our Lives" and "The Thin Man". She begins her story in Montana and tells how she came to Hollywood where her talent for dancing and her personal charm soon made her very popular; Jimmy Stewart declared "There ought to be a law against any man who doesn't marry Myrna Loy". She tells of the friendships she made with many of her leading men and with women such as Joan Crawford whom she met as a youngster in a chorus line and Eleanor Roosevelt, whose President husband had a well-known crush on Myrna. Myrna Loy was not only an actress but also a woman who had political interests, championing the UN and Democratic presidential candidates from Truman onwards, and was even for a time a "Washington wife". In her memoirs she presents a personal analysis of post-war politics up to and including Ronald Reagan.

1. Being and Becoming: Myrna Loy Kotsilibas-Davis, James and Loy, Myrna

2. Being and Becoming: Myrna Loy Kotsilibas-Davis, James and Loy, Myrna

3. Being and Becoming: Myrna Loy