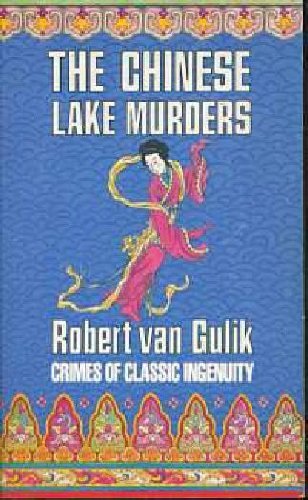 This is one of a series of five detective stories set in 7th century China when the judge was also the detective. Judge Dee has three murders to solve and there is an obvious suspect who everyone wants to put on trial, but Judge Dee is suspicious and manages to track down the real murderer.

Descripción Paperback. Condición: Fair. A readable copy of the book which may include some defects such as highlighting and notes. Cover and pages may be creased and show discolouration. Nş de ref. del artículo: GOR003534784