Artículos relacionados a I Know What You Did Last Wednesday (Diamond Brothers...

I Know What You Did Last Wednesday (Diamond Brothers Story) 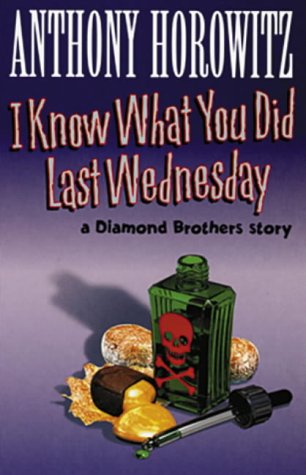 "* "A first-class children's novelist." The Times Educational Supplement * "Horowitz has become a writer who converts boys to reading." The Times

"It's not fair. I do my homework. I clean my teeth twice a day. Why does everyone want to kill me?" It's a dangerous life being the younger brother of the world's worst private detective, but Nick Diamond's survived...so far. He's due a holiday, so he should be happy when an invitation arrives for his brother Tim inviting him to a school reunion on a remote Scottish island and offering to pay him [pound]1,000 for the pleasure. But Nick's got a bad feeling and it's not indigestion. And when he meets their fellow guests, the feeling only gets worse - especially when they start dying in ever more bizarre ways! Could it be the Diamond Brothers' days are numbered?

1. I Know What You Did Last Wednesday Horowitz, Anthony